The students were arriving at our ‘house’ for a lecture at 9:30 and we had been invited to join them. Aleix [pronounced Aleysh] was giving the lecture all about the black vulture reintroduction project at Muntanya d’Alinya.

Aleix arrived to set up before the students arrived and we had time to introduce ourselves. He is a charismatic man who seems completely at ease with himself and the world. He apologised for his ‘bad’ English even though we are in Catalonia and don’t speak Catalan! Then of course he delivered his lecture in perfectly coherent English (his third language). He has been working here for over a decade and has clearly found his place in life. His enthusiasm for the place and for his work is infectious.

He told us that the black vultures have been introduced over about 10 years here. Every year more animals are released to the area and they tend to go off travelling (covering up to 10,000 km per year!) before returning to the area to find a mate and rear young. They generally mate for life and rear one chick a year in a large nest in the top of a pine tree. Black vultures can live for over 40 years so don’t start trying to reproduce until they are about 4 years old, but generally have a few unsuccessful years before their first chick flies the nest.

So it takes a long time for a colony to become established, especially since there need to be a minimum of 50 birds for the colony to be viable! There are 44 birds here now, so with any luck the reintroduction programme will be complete next year.

After the lecture, we headed to the village of Alinya then walked up the mountain to a viewpoint. On the way, Dave and I got to chat to a few of the students and hear their stories as well as sharing ours. They are a group of 8 Masters students studying forestry on an Erasmus programme. They are spending this year in Lleida then are going to various places next year for the second half – Turkey, Portugal and Italy.

After walking uphill in the midday sun for half an hour, we arrived at a viewpoint. It was looking out onto the slope opposite where there is a supplementary feeding station for the vultures. There were hundreds of vultures circling the mountain! I’ve never seen anything like it.

Aleix was in his element, looking chilled out as ever, pointing out what was going on and telling us all about the birds. Muntanya d’Alinya is one of the only places where you can see all four European vulture species! They have different niches and different habits. All the vultures we could see circling were griffon vultures, the most common and most sociable of the four.

When the conservation area at Muntanya d’Alinya was establised, the team was providing whole carcasses for the griffon vultures. Now that the griffon population is established, they don’t do that any more. The supplementary feeding station is scattered twice a week with bones for the black vultures and the bearded vultures. But the griffons are always looking for something to eat, so once the bones are laid out, they flock down to the ground and fight over the scraps. Then once the melee has calmed down and most of them have flown away, a few black vultures come to pick bits of the outsides of the bones with their sharp beaks. Then, once all is quiet, the solitary bearded vulture swoops in to eat the leftover bones and the marrow. By the time they’re all done, there’s nothing left. Vultures are so important for cleaning up dead animals and preventing the spread of disease. They can eat everything that’s raw and rotten without getting sick, and once it has passed through them, it’s no longer harmful.

We watched the melee of griffons then a black vulture but we didn’t get to see a bearded vulture. There was an Egyptian vulture soaring above the feeding station too. They are the only ones that don’t live here all year round, but migrate to Africa during the winter. Aleix told us how different the bearded vultures are from the rest – they fly like eagles, swooping and darting through they sky! Not like the others he said, they ‘fly like a door’, conserving energy by riding the thermals on their search for food.

After soaking up the vultures, we went to a rabbit enclosure nearby. This is unthinkable in the UK, but here they have problems trying to maintain the rabbit population! The rabbits are an important food source for many mammals and raptors here but they suffer two diseases that mutate each year, preventing the establishment of a stable population. Every year they breed hundreds of rabbits in the enclosures and release them but without much success so far. We saw a few rabbit droppings around so there must be at least a few surviving!

It was around 2pm by the time we’d learned all about vultures and rabbits and we were starting to feel hungry. We all headed back down to the car, chit chatting on the way. One of the students from the Czech Republic was walking barefoot all day! We talked about the benefits of the practice and he said he really enjoyed it. It’s something I’ve been interested in for a while but have never given the time to… maybe something to start practicing around camp!

The students went for lunch at the hotel and we headed back home for ours. They still had a trip to make in the afternoon but we had to go to the shops. Silvia was heading into town by car to take her son to football, so we hitched a ride to go to the supermarket. There is a fridge in the place where we’re staying (imagine!) so we were able to buy a whole week’s worth of food. After months of buying one day at a time, we found this quite stressful and spent about an hour in the supermarket! I’m still not sure whether we’re going to have a surplus or a deficit at the end of the week.

After that, we came back, unpacked, had dinner and it was bedtime. Back with the students in the morning…

There are some amazing pictures of three of the vulture species at our house.  We didn’t get this close, but you can see that they’re adapted to eating different types of food. 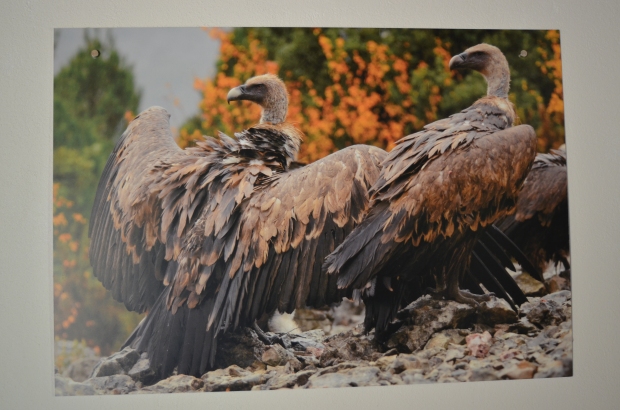 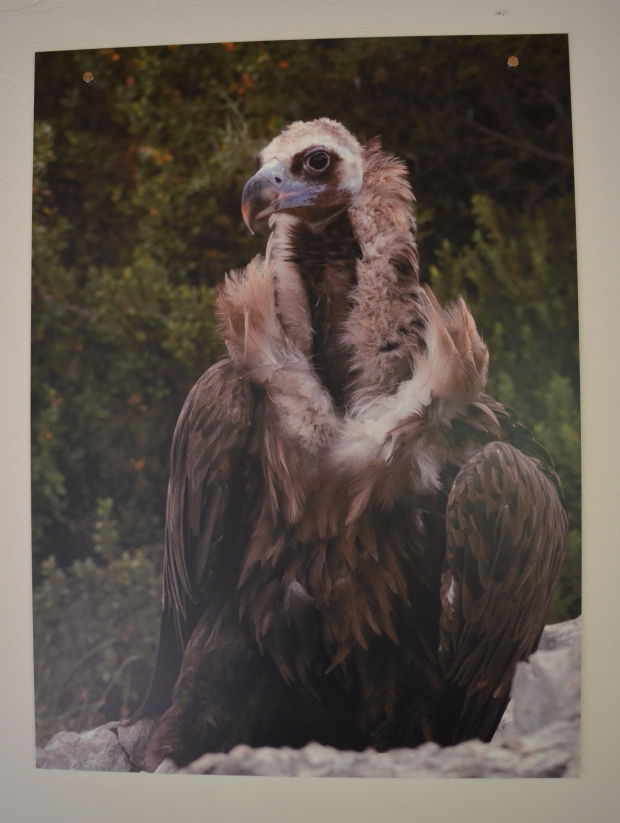