After another late night chatting, we were still tired when we dragged ourselves down to breakfast at 8:30am.  Breakfast left a lot to be desired but I suppose it did the job and we set off in the late morning.  At the main road, we waved goodbye to Joe and he set off up the hill towards Andorra.

Then Dave and I popped back into La Seu to get some bread and enjoy the atmosphere in town again.

We set off along the Segre river, which we would be following upstream all day.  The road was quite busy again but the views were nice and we enjoyed heading into the Pyrenees. 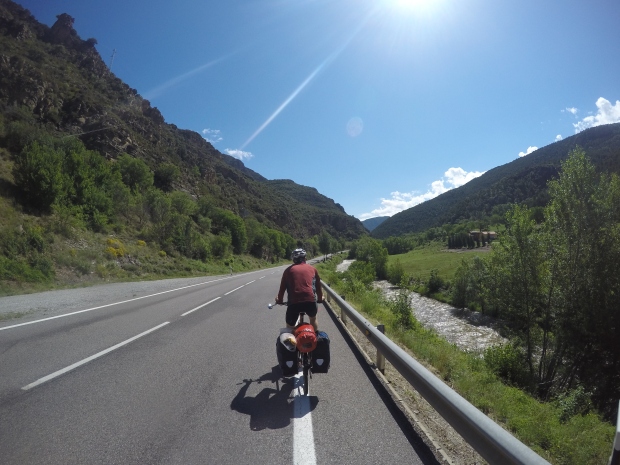 Gradually uphill all the way (with a few ups and downs thrown in!), we climbed to 1300m by the end of the day.  When the road went through tunnels again, we took the trusty disused old road and stopped for lunch in peace by the river.

One of the old roads was blocked off but we took it anyway.  There was a dodgy looking area of rockfall, which we passed quickly!  I guess that’s why they built the tunnel. 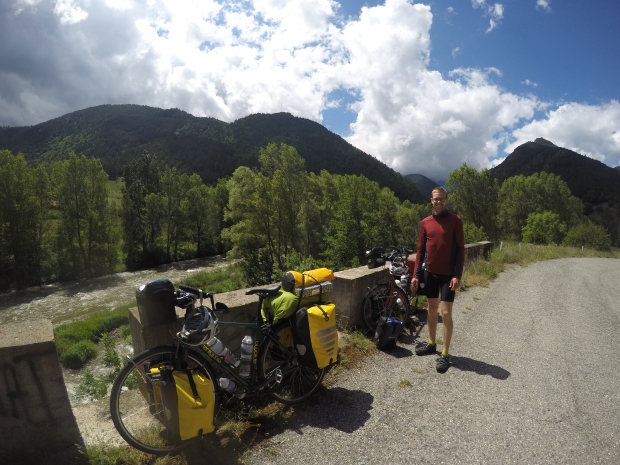 Lunch on the Segre 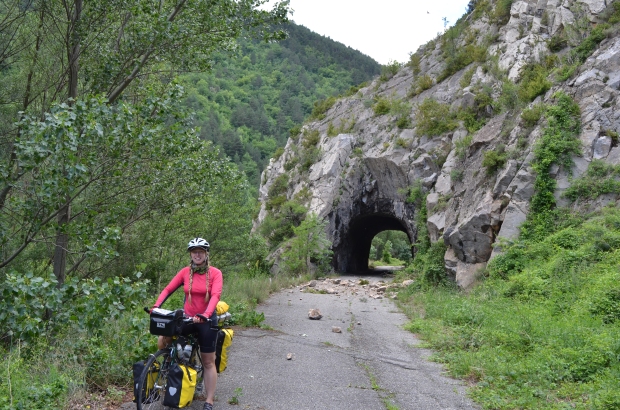 We were getting pretty tired towards the end of the day and the closer we got to the border, the worse the scenery became.  The natural landscape was lovely – a wide green valley with the Segre in the bottom, rolling mountains either side, and glimpses of  huge rocky mountains in the distance.  But the lower mountains had been deforested, the valley was full of ugly new tourist resorts and the road was really busy.  We found a couple of nice little diversions and witnessed the atrocities from afar.

Eventually we crossed into France.  There wasn’t a border, just a sign that said ‘France 1km’ then 1km later, the signs were in French.

We came out of the half-Spanish, half-French town and rode up a gentle hill.  Then I turned around and saw a storm coming!  We pedalled like crazy to try and escape the rain and stopped in a village to shelter.  But the wall of rain passed on the hills about half a mile behind us and we missed it, phew! 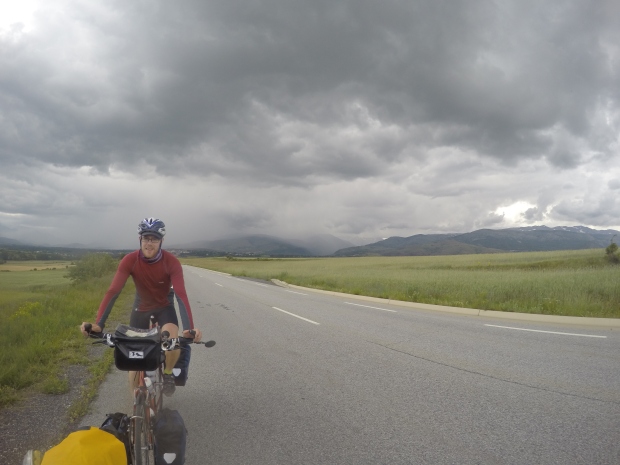 Then we only had 10km to go to the campsite, so off we went.  The lady at the campsite was lovely and we pitched up, sorted ourselves out and headed to bed knackered.