July 7, 2015
We were absolutely knackered last night after our big ride, and we were kept awake by the heat, a massive party boat and a really loud firework display over the lake. We managed to get up at 6 and leave the campsite at 7 and sleepily set off. We’d decided we didn’t like Lake Constance that much but we saw another side of it this morning when we woke up and decided it wasn’t that bad after all. 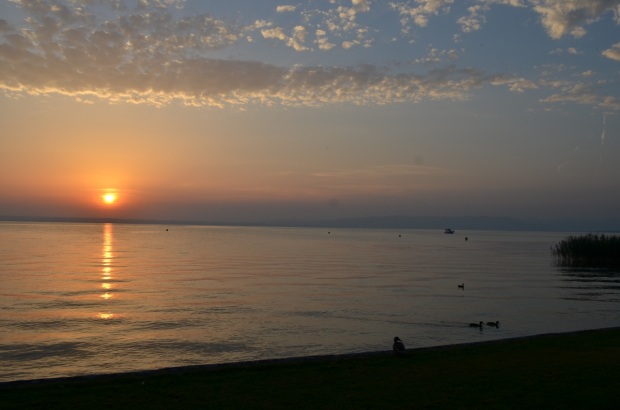 Lake Constance in the morning

Our route today took us through farmland and small towns, sometimes near the water, sometimes not seeing it for a while. 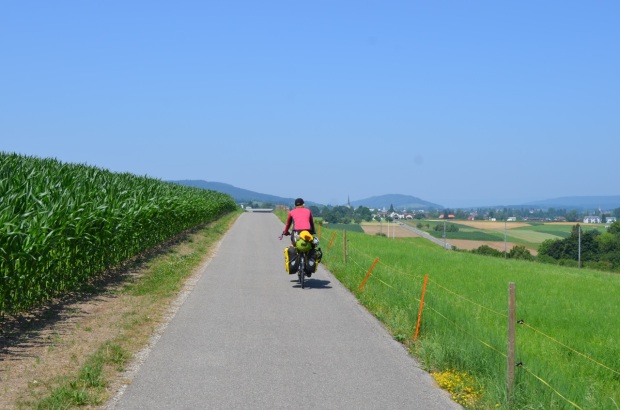 Typical scene from this morning 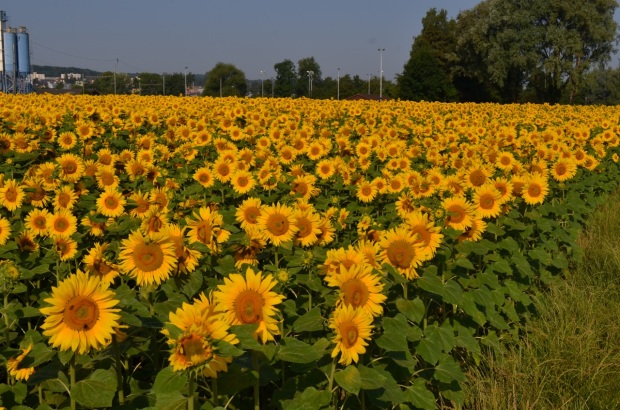 It was pretty flat most of the time, but roasting hot! I saw a lady riding a horse dressed as a zebra, which made me smile. 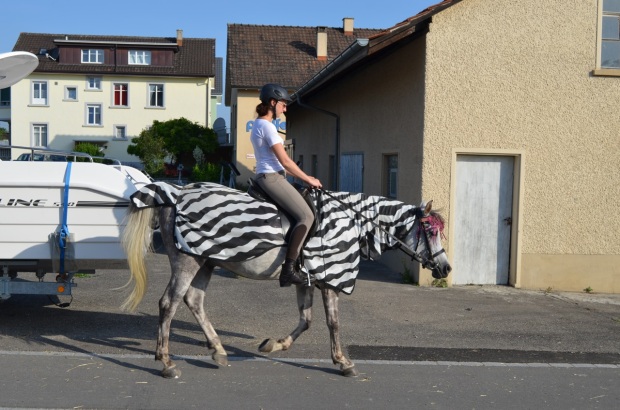 We crossed the border into Germany in a small town and spotted a bakery. Our eyes lit up and Anna went in and harvested loads of bread inxluding one that had been cooked with quark (a bit like yoghurt). Sounds horrible but it was delicious!
As the day went on the tiredness kicked in, and it became a struggle to keep going. We decided by about 1pm that we’d stop at the next suitable place.
We cut through Stein am Rhein, which had a beautiful old town centre; wooden framed buildings with elaborate balconies sticking out over the square, which was filled with sun umbrellas and tourists sipping cold beers. Jealous! 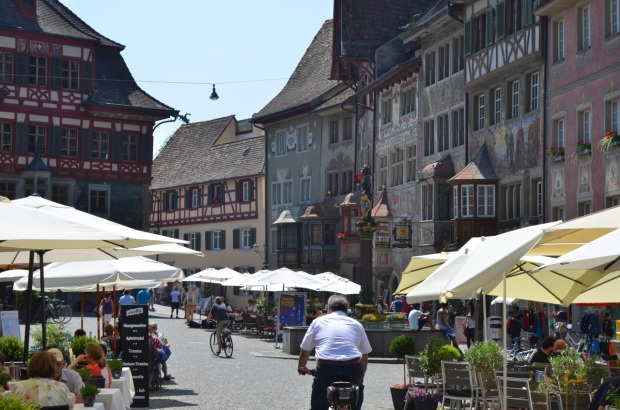 Just outside Stein am Rhein we decided we couldn’t face another day camping in the swelterig Swiss sun, so we took a deep breath and stopped at the Hostelling International hostel. We took a double room for 78 francs (compare 30 euro in Portugal!). After cold showers we retreated to the cool basement lounge where we traded with a Swiss family – some of our surplus bread for a fresh apricot and everyone was happy. 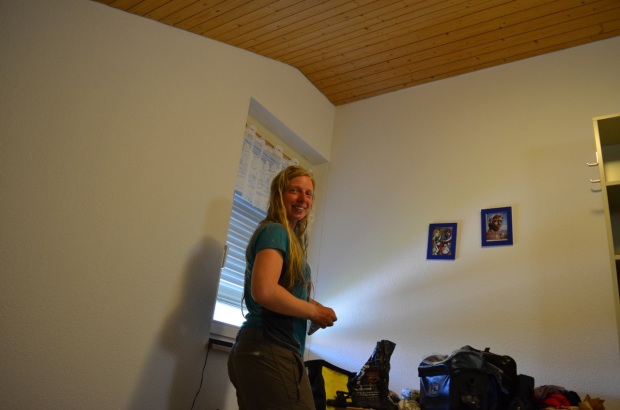 Much of Europe is still in the dark ages and the shops (except the bakeries apparently) are shut on Sunday, and we’d forgotten to stock up wih food. So it was out for dinner to the local Italian where we had two pizzas, two beers and one ice cream for 60 francs. Outrageous, but we decided that we probably could have paid the same in London so we tried not to be too upset about it. We’ll remember to stock up next time though! This is by far the most expensive day of out trip, not counting train fares, and we defininitely can’t afford to keep doing it!

Back at the hostel we went to bed but for Anna it was still too hot to sleep so I got the room to myself while she went to try and get some kip in the basement. Apparently it worked because I was woken up by an awesome thunderstorm in the nigt that she totally missed. Hopefully the rain will cool things down for us in the morning!
– Dave