On the longest day of the year, summer was just getting going and I was trying to get my greenhouse ready to plant. Dave had been away so I’d spent two weeks in the hottest weather we’ve had here dragging in chestnut posts, digging six post holes almost 1m deep, setting the posts in position and hammering rocks in to back-fill the holes. By the time he got back the structure was up and I was proud to have built something good on my own. Even Dave thought it looked well-constructed, which was praise indeed! 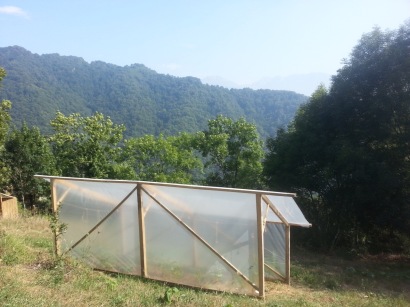 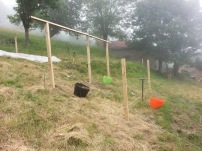 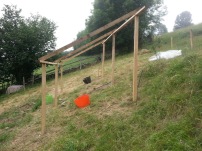 The tomatoes, peppers, chillies, physalis, tomatillos and aubergines went in the greenhouse and seemed happy in their new home. The pumpkins got planted out and we were harvesting spring veggies too. It hardly rained over the whole summer and autumn and I had to water a lot. The forests and fields managed to stay green, although there was much less grass than usual and the farmers had to buy in hay for their cows. 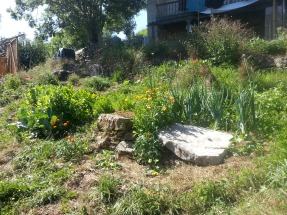 The garden in full growth 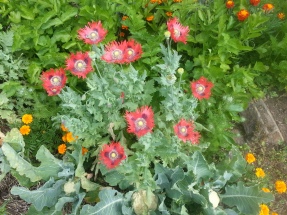 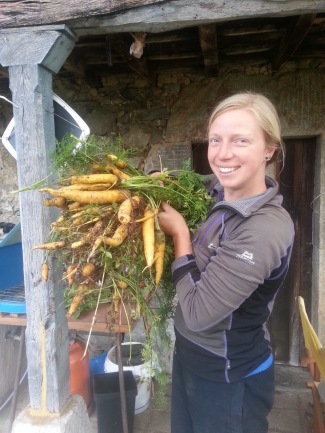 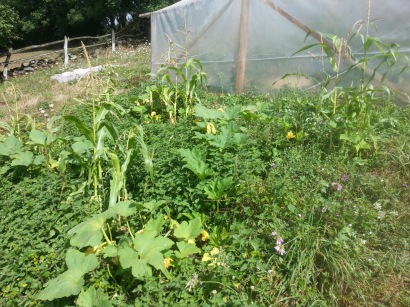 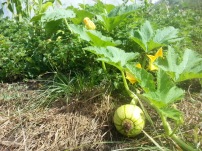 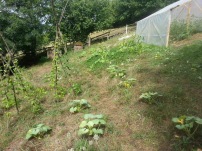 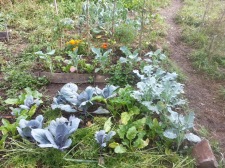 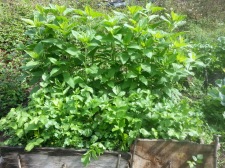 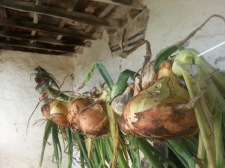 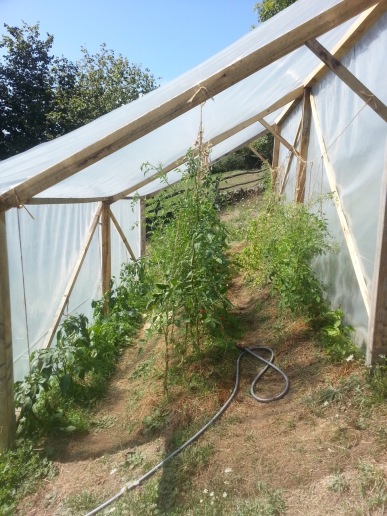 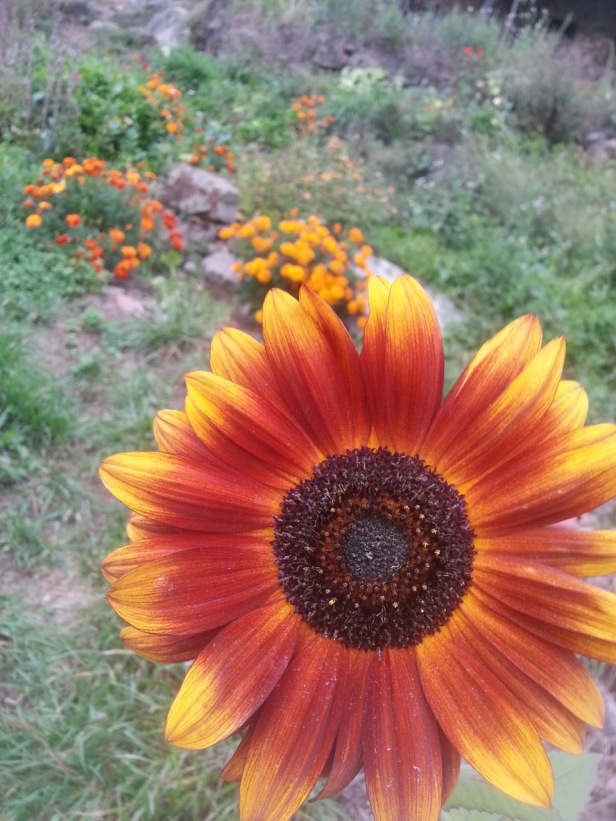 With all the dry weather, our water supply was going from a torrent to a trickle and at one point in October it stopped flowing. After being without water for a while, we got in touch with the town hall and they sent people up straight away to sort it out. The next day it started flowing again! It turned out that there was a leak in the pipe and the water just wasn’t getting to us, which was a relief. But the lack of rain has been an issue this year, the rivers and streams held out but only just.

When we started work on the roof in mid November, we’d had our first few days of winter rain and a couple of frosts. It was beautiful autumn weather, the hot low sun bringing out the colours in the forest as the leaves turned. Then it really started to rain and it just didn’t seem to stop! It rained and rained and the paths turned into rivers and the streams turned into torrents and weak section of stone walls have been tumbling down into paths. Up at our place, the barn has been leaking and the walls are starting to fall down. All around the house is mud, mud, mud. And our poor tent is still up because we haven’t got anywhere to put everything and it’s going green and mouldy, which is awful.

When it hasn’t been raining, it’s been snowing! This has been great fun and has made for even more dramatic views of the mountains.

Autumn and winter are a fruitful time for the garden. Even though I have almost never weeded, have sometimes forgotten to water and often neglected to harvest, the efforts early in the year have been paying off. Even the greenhouse is still going strong now – I’ve still been harvesting tomatoes, peppers, chillies and physalis, although the plants are definitely looking like they’ve had enough now that we’ve had a fair few frosts and it’s almost January!

Outside, there are lots of ocas to dig up, as well as sun chokes, parsnips, Brussels sprouts, broccoli, kale, red cabbage and romanesco cauliflower. Of course we’ve got a stash of pumpkins, carrots and beetroot too, so we’ve been eating lots of lovely winter soups, stews and currys. I’ll be planting garlic soon and the onions and winter cabbage that are already in the ground are looking like they’re happy to survive the winter.

It’s been great to learn what went well and what didn’t this year. I’m going to be more selective about what I grow next year and keep to a smaller, better managed area of the garden. The well-constructed beds produced a lot more food and required less watering. The star producer this year was the sun chokes (also called Jerusalem artichokes but bear zero resemblance) – I dug up one plant yesterday and harvested 4kg! They were really no effort at all, I just stuck little chunks of root in the ground and up they popped. They taste so good roasted. The ocas have been great too – they are also no effort to grow and produced well, although I think they would have done better if some stray horses hadn’t eaten all their leaves right before they put all that energy down into their tasty tubers! Maybe my smaller garden next year needs a fence…

The wild boar did come into the garden once, but they only dug up a tiny patch of bare ground where I’d already harvested. In the field they have been slightly more destructive, but the farmer is more annoyed about that than we are.

Dave thinks we shouldn’t keep a garden next year because it’s time consuming and we have so much other work to do. He does have a point… We still have to build the front wall of the house, make the entire inside floor lower, put in the mezzanine level, order and install the windows, do all the plumbing and electrics off-grid, build a bathroom wall and put in two custom staircases. And then we can start to fit the kitchen and bathroom. I’m tired just thinking about it!

Having said that, I’m still going to keep a garden next year, sorry Dave! It brings me so much joy, I don’t think I can let the seasons pass me by without planting any seeds.

And so today is the shortest day. The sun came up over the hill at two minutes to ten and it will go down at exactly 5pm. From tomorrow the days are getting longer and before I know it I’ll be planting again. Happy solstice everyone!